The jury of experts consisted of representatives from business, science, Chambers of Industry and Commerce, unions and politics – and Pilz managed to convince them with its Smart Factory model. This is an intelligent production line, which brings Industrie 4.0 to life. Thanks to decentralised control intelligence, mobile service robotics, intelligent diagnostics and visualisation, plus a cloud connection, various personalised batch size 1 products can be produced. All of the products used in the smart factory are from Pilz - from sensor and drive through to the controller and robotics.

The demonstrator is used at exhibitions, press conferences, internally for training, as a test application for development and as a sample application for new technologies (advance engineering). So both new and existing technologies (green and brown field) can be developed and tested in the context of the intelligent factory of tomorrow. This gives Pilz valuable insight and impetus.

Our solutions for Industrie 4.0 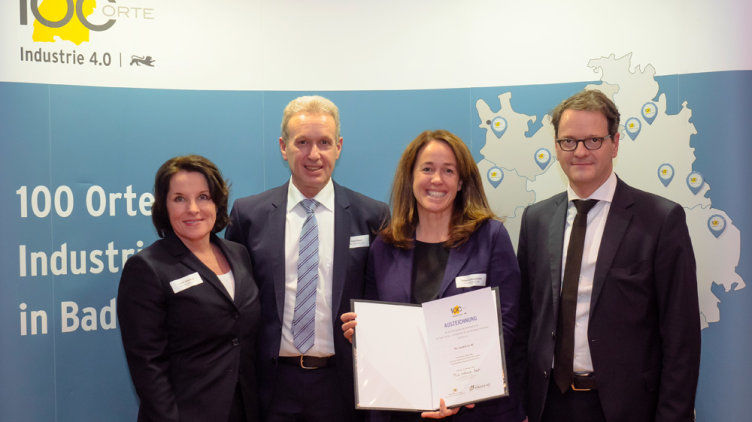