This tray former is only open for efficiency

Solution for human and machine 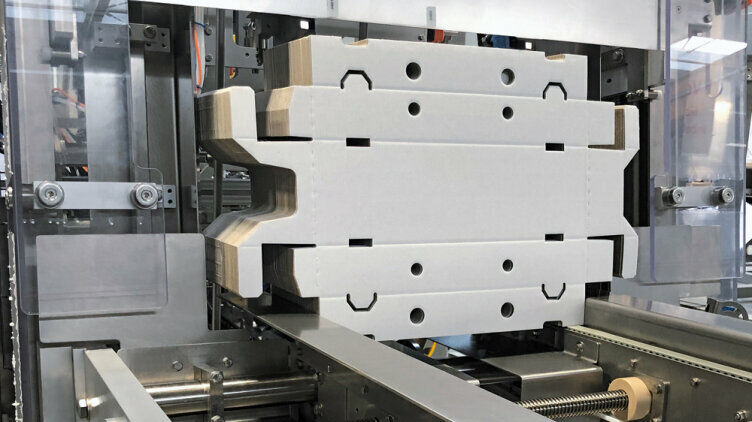 Extreme flexibility and fast format change are the distinguishing features of the 1200 s tray former from Sema Systemtechnik: the cardboard blanks are fed in at one second intervals and folded, glued and sealed in several production stages. From a risk analysis it was clear that an effective safety solution had to be found for the situation where there was “no cardboard in front of the feed opening” - a solution that would restrict neither the operator nor the process. SEMA opted for Pilz's TÜV SÜD-certified solution for safe cardboard feed. Today, the solution comprising the configurable small controller PNOZmulti 2 and special sensors ensures that the feed opening on the tray former at Sema poses no risk to operators.

Safe, with and without cardboard

Two special optical sensors, installed above the feed opening to scan it, form part of the solution for the safe cardboard feed on the tray former. If these signal that there are insufficient cardboard blanks in the infeed, then PNOZmulti 2 triggers an immediate stop of the hazardous movement. Once the cardboard stocks have been refilled, the machine can be restarted following an acknowledgement. There's no need for rigid safeguards, so operators have the flexibility to feed the machine from both sides. The safety switches PSENcode are also part of the solution: As many of the blanks are smaller than the opening on the tray former, a precisely contoured perspex screen seals off the uncovered area. This is called up by the tamper-proof, coded safety switch. It's a total solution, which increases process efficiency and significantly reduces downtimes on the tray former. 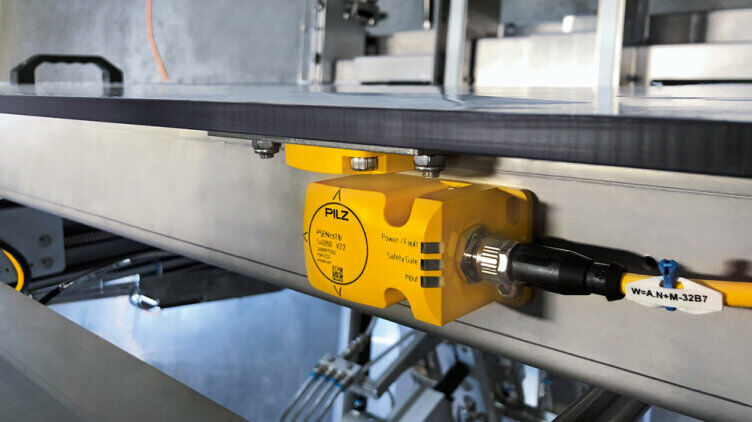 Benefits at a glance

“We only use the configurable safe small controller PNOZmulti 2 in our tray formers. Generally they have at least ten or more inputs and outputs to monitor. In conjunction with the infeed safeguard, PNOZmulti 2 offers sufficient flexibility for adjustments and genuine added value for our customers.” 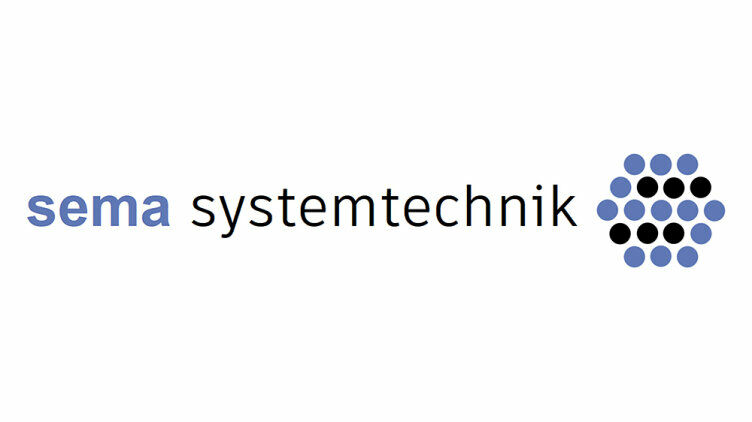 Sema Systemtechnik is based in Hüllhorst near Bad Oeynhausen and has been manufacturing plant and machinery for the semi-finished goods and packaging industry for more than 35 years. Their focus is on machines for packaging, transportation, palletising, straightening and re-packing, particularly of primary packaged dairy products. A medium-sized enterprise with around 100 employees, it offers a comprehensive service portfolio, from design and production through to commissioning and line integration.

Our product in the application 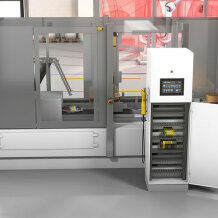