The SecurityBridge firewall from Pilz now also guarantees the monitoring of data communication between any other network subscribers outside of the Pilz range. As such there is even greater flexibility to incorporate it into existing industrial automation networks. Thanks to authentication and permission management, the SecurityBridge efficiently protects against potential data manipulation. As a result, the open firewall from Pilz increases plant availability.

Users of SecurityBridge have already been able to provide “secure” protection at application level for the configurable, safe small controllers PNOZmulti and the automation system PSS 4000 from Pilz. Now the firewall is also able to monitor network subscribers such as controllers from other suppliers.

For authorised data only
The SecurityBridge firewall checks the data traffic between the PC and controller and reports any unauthorised changes to the control project. That way it protects automation networks from network-based attacks and unauthorised access. Combined with the integrated VPN Server and role-based user management, only users with appropriate permission can access the subscribers protected by SecurityBridge. In this way, data transmission between the Client PC and SecurityBridge is safe from eavesdropping and manipulation.

Close eye on data traffic for more efficient diagnostics
“Packet recording” has been added to the existing, extensive diagnostic functions. This gives users the option to record data communication between subscribers from the secured controller network and the unsecured network. Recording can be restricted to pre-defined communication relationships so that data can be analysed more efficiently. That saves valuable time during diagnostics.

Further information on the product is available here 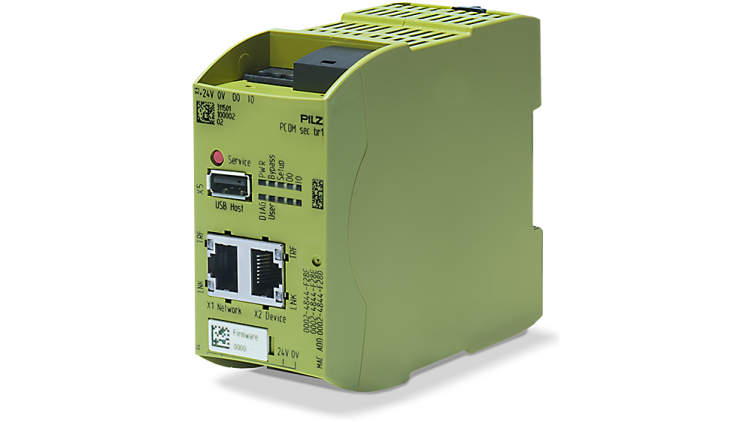 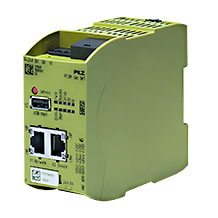 Comprehensive protection for industrial automation networks: The SecurityBridge firewall from Pilz now also guarantees the monitoring of data communication between any other network subscribers outside of the Pilz range. (Photo: Pilz GmbH & Co. KG)