New functions are available for the automation system PSS 4000 with system release 1.15.0

Also, you can now program UDP connections at block level. In this way, data transfer controlled by the user program is supported via the User Datagram Protocol (UDP) and you can also connect the automation system PSS 4000 to specific UDP-based communication connections.

The speed module PSSu K F EI is now available as another module with an expanded function. The new PSSu K F EI CV (CV = Counter Value) can transfer the counter values from the incremental encoder to the head module for further processing. Up to four PSSu K F EI CV can be connected to one control head.

The ability to use PAS4000 to generate a parts list of the hardware configuration as a csv file was introduced already with release 14. A new feature that's been added is that the parts list now appears in the project report and can be printed out for documentation purposes. 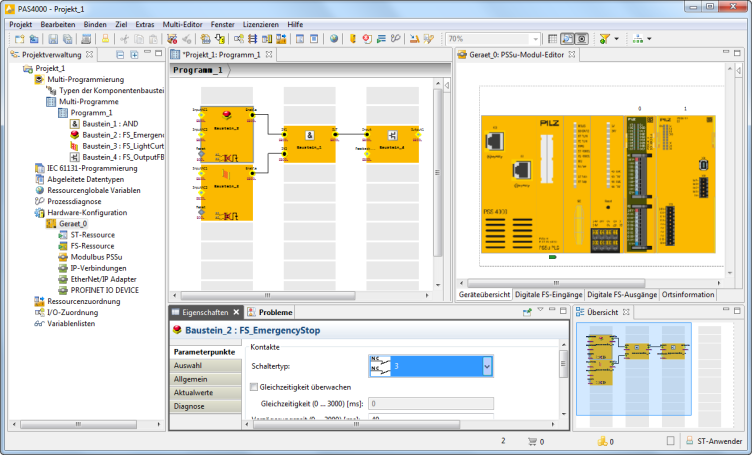