The configurable small controllers PNOZmulti 2 from Pilz allow the linking of SafetyNET p via the safe real-time Ethernet, effective immediately. Up to 16 base units can be linked via the expansion modules PNOZ m EF SafetyNET. A safe connection and data transfer between the small controllers is thereby possible. The network configuration is performed with the software tool PNOZmulti Network Editor. The configuration of projects is thus made easy. In addition, PNOZmulti and PNOZmulti Mini systems can also be incorporated into the network using multi-link modules.

Up to 16 PNOZmulti 2 systems in linear topology can be used. A clearly structured data interface where the inputs are configured with 128 bit and the outputs with 32 bit characterises a fast data link. The 32-bit data is exchanged via an RTFL interface. This enables short cycle times in the application and easy, safe networking of modular plants.

Modules for all systems and sizes
For the base units PNOZ m B0 or PNOZ m B1 of the small controllers PNOZmulti 2, only one safe expansion module PNOZ m EF SafetyNET must be used for each base unit for communication. The base units can be freely combined.
So users require fewer interface modules and the structure remains clear. Large plants can also be implemented quickly and easily as a result.
Thanks to multi-link expansion modules it is also possible to integrate the base units PNOZmulti and PNOZmulti Mini in the network, beyond the connection of the base units of the small controllers PNOZmulti 2. So existing plant sections can be expanded quickly to include a SafetyNET network.

Project communication under control
Using the software tool PNOZmulti Network Editor, which is started directly in the PNOZmulti Configurator, all data can be simply networked: it can be used to configure a SafetyNET p network and to link the project. Once uploaded into the PNOZmulti systems, the SafetyNET p network is ready for use and protects plant and machinery up to safety level PL e / SIL CL 3.

Pilz is exhibiting in Hall 9, Stand 370. Further information at: www.pilz.com/sps-ipc-drives 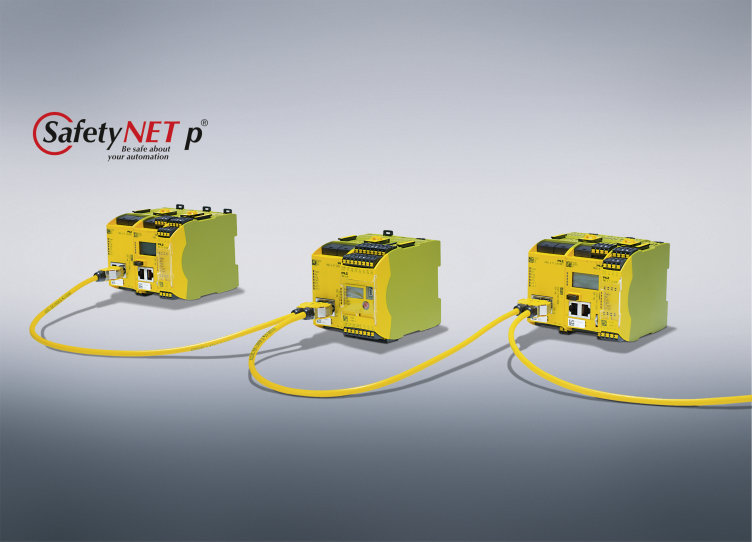 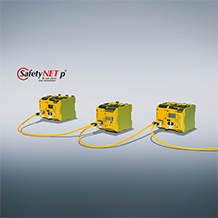 The configurable small controllers PNOZmulti 2 now have the expansion module PNOZ m EF SafetyNET for the safe communication of data via SafetyNET p.