Service robotics modules for use in industrial and non-industrial environments

HoLLiE is a mobile bi-manual service robot, developed by the Research Center for Information Technology (FZI) in Karlsruhe, Germany. The combination of robust, industrial components and flexible software systems for robot control enables HoLLiE to master the tasks assigned to it quickly and reliably. As such it supports people in everyday situations, lightening their load. HoLLiE was recently a guest at this year's “Stallwächter” party in Berlin, an event organised by the State Ministry for Baden-Württemberg. Equipped with two manipulator modules PRBT (robot arms) from Pilz, HoLLiE decorated more than 100 cookies in total. Visitors specified how they wanted to decorate their cookie via a screen and HoLLiE got to work. A rather delicious application example of a non-industrial service robotics application.
In future HoLLiE (House of Living Labs intelligent Escort) will carry out various tasks within HoLL to accompany visitors, provide assistance and be of service. We look forward to more assignments with HoLLiE.

More about service robotics with Pilz 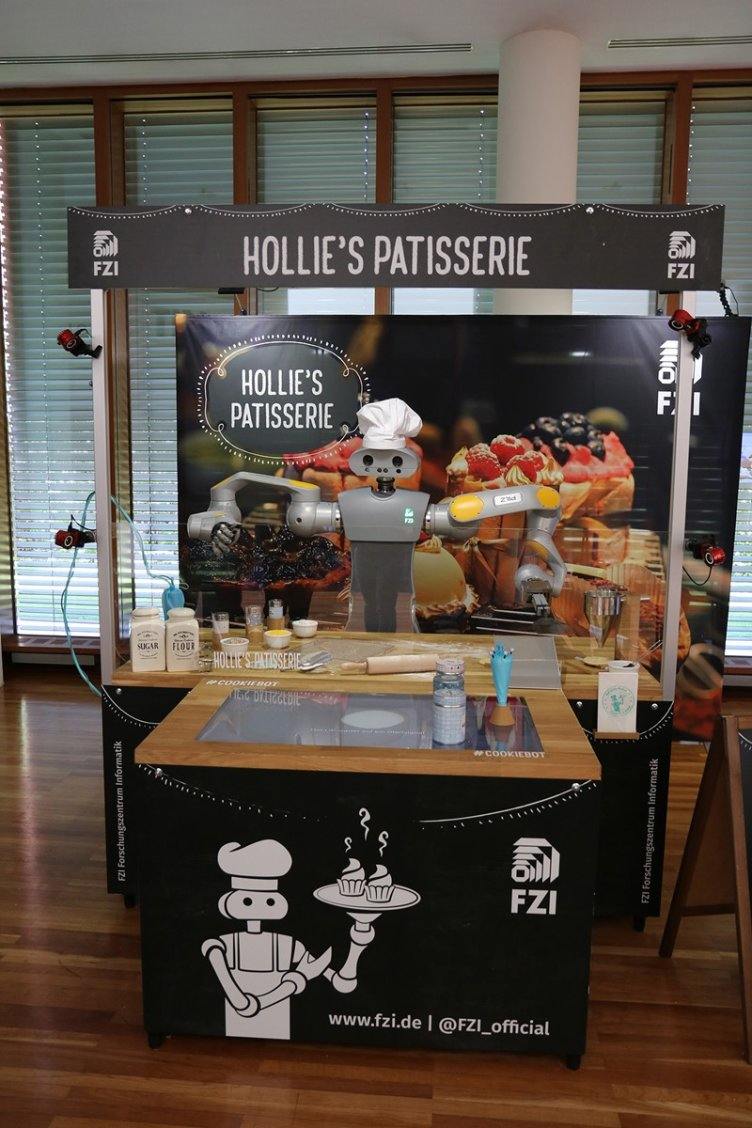